We are a creative consulting agency specialised in strategy and branding.
We work for brands with retail, online and offline presence. 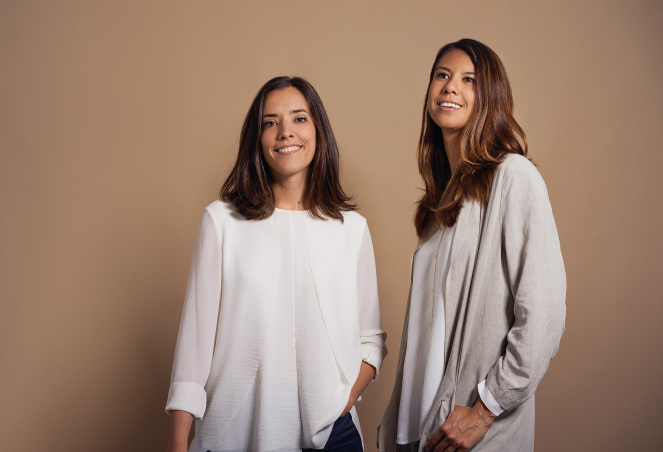 We face each project with passion and commitment because we believe that creativity is the driving force for a business’ success.

After studying Industrial Design at the Elisava in Barcelona, she worked in two product design studios in Paris: at Damien Langlois-Meurinne she delved into textile and furniture design; and in Jean Marc Gady, in window dressing and ephemeral installations for firms such as Christofle, Cartier and Chanel.

In 2009, she continued his career in product design in London, in the design office of the Japanese Tomoko Azumi. In parallel, she attended the workshops of Boisbuchet (Vitra Foundation) and collaborated as a staff member giving support to teachers and students for four years. Maite also specialized in creative projects management.

After the experience, Maite trained in marketing and began a new stage as a brand manager for the niche perfume house Eight & Bob.

She is currently responsible for marketing and strategy at Creatique.

She graduated in Fine Arts and afterwards took a Master degree in Design and Illustration at the Polytechnic University of Valencia and specialized in Visual Communications at the University for the Creative Arts (UCA) in Maidstone, England.

Her training was completed with the UX master at the Kschool in Madrid. Much of her career has focused on art direction, editorial design, corporate identity, packaging and web, in studies such as CuldeSac (in Valencia, from 2010 to 2011) and Wonton Design (in Madrid, from 2012 to 2016), collaborating with the FOX television network, the University of Navarra or the niche perfume brand Eight & Bob.

In recent years, her career has evolved into branding, UX / UI development and omnichannel communication.

Since Creatique was founded, Cristina leads the creative direction of the projects in its different supports.

In 2017 he founded the Incessants online conversation forum, with which he has interviewed the MoMA design and architecture curator, Paola Antonelli; the chief chief curator of Rimowa, Héctor Muelas; Chilean designer Sebastian Errazuriz; the director of the Architectural Association, Eva Franch; or the former president of the Loewe Foundation, Enrique Loewe.

Today, Pablo is in charge of tracing the communication strategies for Creatique’s clients,especially those related to interior design and architecture: Viraje, Ubiko and Code Studio.